NASA is gearing up to launch its next Mars rover: an SUV-sized, nuclear-powered robot decked out in cutting-edge equipment.

Perseverance, the fifth rover the US has sent to Mars, the spacecraft is set to complete tasks that the previous robots could only dream of. The $2.4 billion robot is designed to collect unprecedented video and audio, drill samples of Martian rock and soil for later return to Earth, search for chemical remnants of ancient microbial life, and lay the groundwork for NASA to send astronauts to the red planet.

Its seven-month, 314-million-mile  (505-million-kilometer) journey to Mars is slated to end in the Jezero Crater — one of the largest impact craters on Mars. A giant jetpack is built in to lower Perseverance onto the site, where some of the planet’s oldest rock is laid bare.

Here’s how the mission will work. 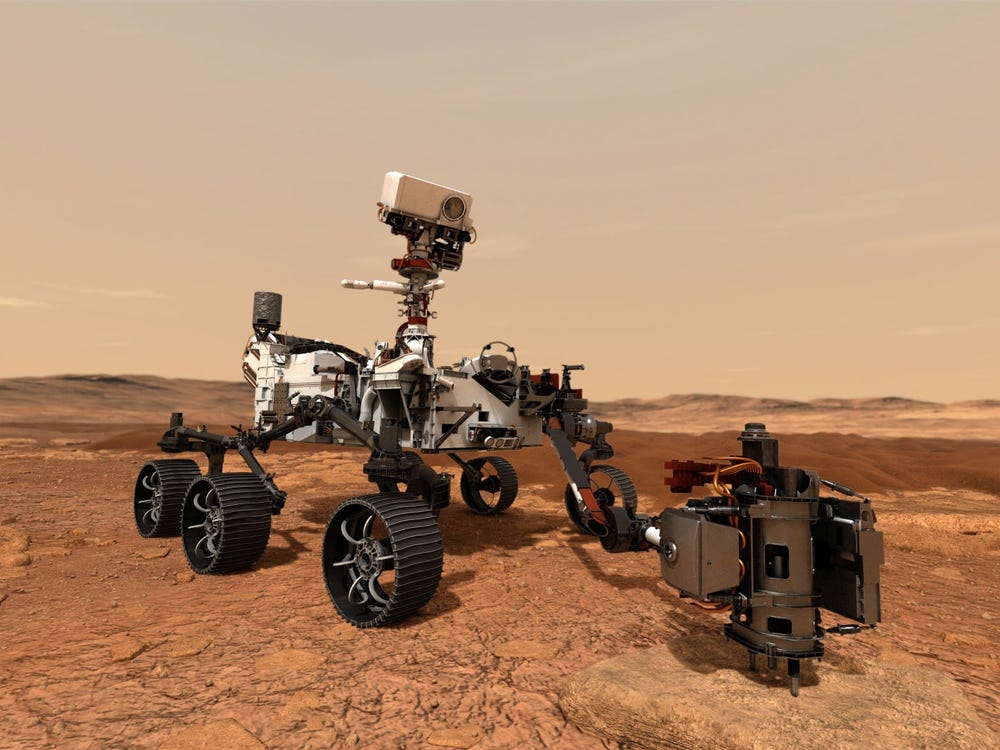 An illustration of NASA’s Mars Perseverance rover using its drill to core a rock sample on Mars. NASA/JPL-Caltech

Perseverance’s mission calls for it to mine Jezero Crater’s ancient rock for chemical signatures of ancient alien life. Rocks that formed in water, for example, could have preserved the remains of chemicals that only life can create. Such rocks may be plentiful in the Jezero Crater exposed layers.

A special arm of the robot is designed to drill cores from those rocks and cache them on the planet’s surface.

“Samples from Mars have the potential to profoundly change our understanding of the origin, evolution, and distribution of life on Earth and elsewhere in the solar system.”

NASA plans to launch another rover to retrieve those samples in 2026. The fetch rover would collect the tubes and carry them to a rocket, which would then launch them into Mars’s orbit. There, a spacecraft circling the planet would catch the samples and carry them back to Earth.

“If it sounds complicated — it is.”

But this rover has more immediate, straightforward goals, too.

NASA is launching an alien-hunting Mars rover. After Perseverance lands, the first interplanetary helicopter should emerge from its belly.

Begin typing your search above and press return to search. Press Esc to cancel.